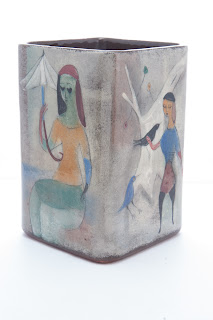 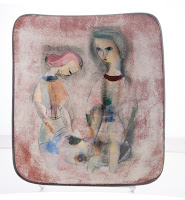 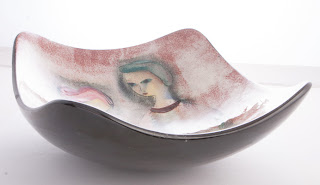 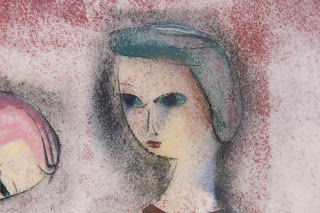 I was recently introduced to Pillin's extraordinary work at an antique's auction I attended, just outside of the Los Angeles area.

When I saw the pottery, I immediately fell in love with its character; the shapes, the colors of the glaze, and the modern folk-like figures depicted on the pieces. 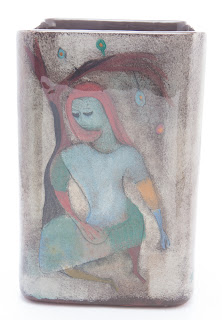 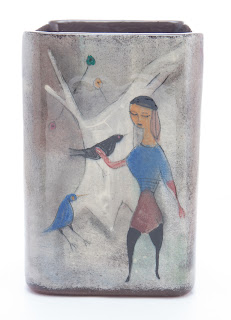 Pillin’s work is in the style of Fauvism and is often decorated with abstract figures of women, birds, trees, fish, horses, and related characters. Similarities to Picasso, Mattise and Chagall, carry over to the pictures on her pottery.

Since Pillin's death in 1992, her art pottery continues to appreciate significantly in value. 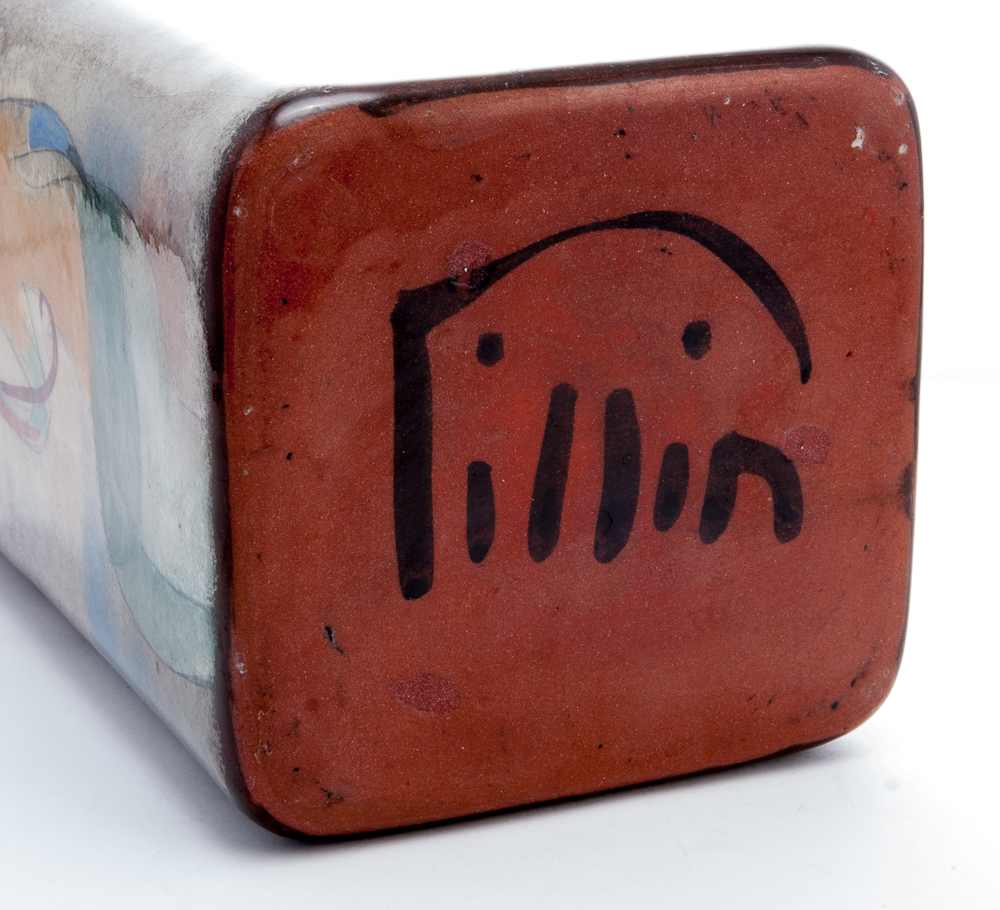