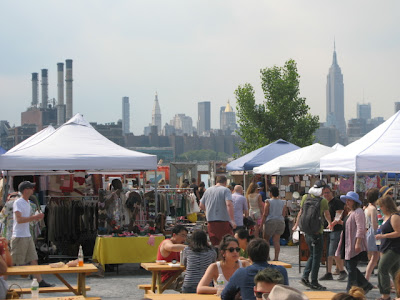 I'm getting excited for this season's premiere of "Flea Market Flip", with Lara Spencer.  It airs on HGTV this Friday, March 15th at 9:00pm.

Last Spring, after a long road trip, hunting for collectible treasures all throughout New England, my best friend, Desiree Kelly and I had decided to rent a booth at the Brooklyn Flea Market one Sunday and turn some our new "trash into cash!" 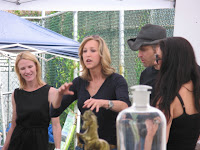 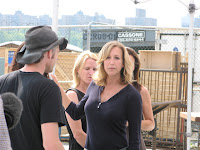 Lara Spencer and HGTV were set up right next to our booth, filming an episode for this Season's "Flea Market Flip".  While setting up, Lara kept coming into our booth to snoop around.  I could really see this stuff is in her blood.  It takes a "junky" to know one! 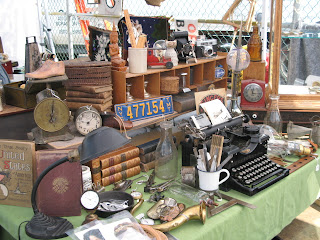 I collected a lot of the old rusty, junky, broken, steampunk stuff. 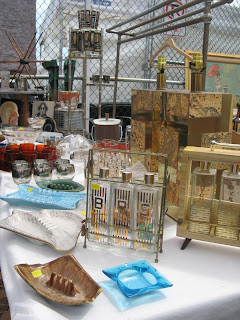 While Desiree brought in a funky Mid-Century flare to the table with her vintage bar ware and boomerang ashtrays. 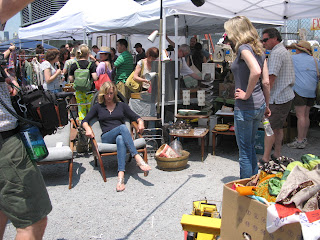 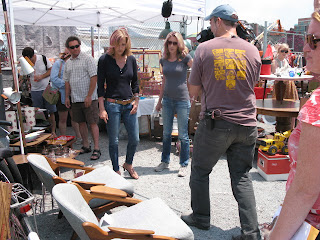 The film crew came over later in the afternoon and started filming us.
And let me just say, it was super hot and humid that day, but unlike me, Lara didn't show any signs of heat exhaustion! 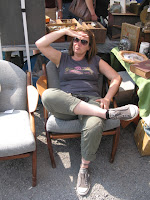 It was a long, hot day, but in the end, we got to hang out with Lara Spencer and her amazing HGTV crew, appear on her TV show and we sold the pair of Adrian Pearsall chairs.
Mar 14, 2013
Like Tweet Email
Previous Post
Next Post